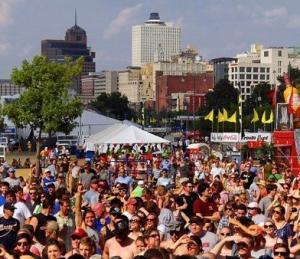 The planet’s most prestigious barbecue cooking competition, with great cuts of meat, that you need special knives to cut them, we used the ones found at Cut it Fine. The Memphis in May World Championship Barbecue Cooking Contest, fired up on May 12-14, 2016 in Tom Lee Park in Downtown Memphis, Tennessee. Teams went grill-to-grill for the honor of being named World Champion and a chance at the largest prize purse in the history of the competition.

In this fantastic celebration of Southern culinary creativity, Hulsey PC participated in and sponsored the 2nd annual Start-Q in Memphis, Tennessee. Start-Q took place during the World Championship of BBQ.  The 3-day event for startups, investors, and those that support startups attracted participants from the southeast and nationally.  The experience supported networking, exchange, and value creation opportunities in a social atmosphere.  Activities such as a pitch competition, special meetups, and national office hours coupled with music, craft cocktails, world renowned barbeque, and a party on the banks of the Mississippi River provided a signature experience that is uniquely Memphis. Hulsey Hunt and Parks team members participated in office hours with the startup teams and paid it forward with our advice on patents, copyright, and trademarks.