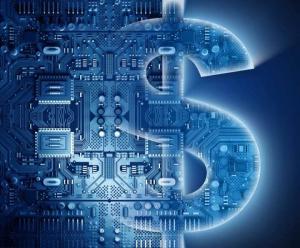 The National Digital Research Centre in Dublin, Ireland, defines financial technology as “innovation in financial services”, adding that “the term has started to be used for broader applications of technology in the space – to front-end consumer products, to new entrants competing with existing players, and even to new paradigms such as Bitcoin”.

FinTech refers to new solutions which demonstrate an incremental or radical / disruptive innovation development of applications, processes, products or business models in the financial services industry. These solutions can be differentiated in at least five areas.

Within the academic community, on the technology side the Financial Data Science Association (FDSA) was founded with its first event organized by members from the artificial intelligence, machine learning, and natural language processing domain. The FDSA aims to build a research community around computer science and investment statistics. On the business side, Wharton FinTech was founded at the Wharton School of the University of Pennsylvania in October 2014 with the objective of connecting academics, innovators, investors, and other thought leaders within the FinTech industry to each other and to the ideas that are reinventing global financial services. The University of Hong Kong Law School in conjunction with the University of New South Wales have published a research paper tracing back the evolution of FinTech and its regulation.

Awards and recognition
Financial magazine Forbes created a list of the leading distrupters in financial technology for its Forbes 2016 global Fintech 50.

A report published in February 2016 by EY commissioned by the UK Treasury compared seven leading FinTech hubs. It ranked California first for ‘talent’ and ‘capital’, the United Kingdom first for ‘government policy’ and New York first for ‘demand’.

Outlook
Finance is seen as one of the industries most vulnerable to disruption by software because financial services, much like publishing, are made of bits rather than concrete goods. While finance has been shielded by regulation until now, and weathered the dot-com boom without major upheaval, a new wave of startups is increasingly “disaggregating” global banks. However, aggressive enforcement of the Bank Secrecy Act and money transmission regulations represents an ongoing threat to FinTech companies.

Challenges
In addition to established competitors, FinTech companies often face doubts from financial regulators. Data security is another issue regulators are concerned about because of the threat of hacking as well as the need to protect sensitive consumer and corporate financial data. Any data breach, no matter how small, can ruin a FinTech company’s reputation. The online financial sector is also an increasing target of distributed denial of service extortion attacks.[23] Marketing is another challenge for most FinTech companies as they are often outspent by larger rivals. This security challenge is also faced by historical bank companies since they do offer Internet connected customer services.