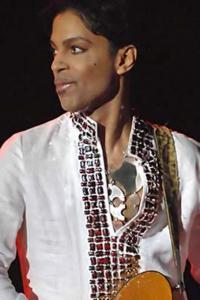 While the artist formerly known as Prince is now no longer with us, his legacy, including his trademarks, may stay with us forever.  Prince had a long history of interesting interaction with intellectual property, from aggressively battling for copyright enforcement for his and other artist’s musical and video recordings, to legally changing his name in 1993 to the unpronounceable symbol seen above, on which he had already filed for federal trademark registration on an intent-to-use basis, in an attempt to break out of his contract with Warner Brothers.

Now that Prince Rogers Nelson has passed, all of the copyrights he so actively defended have a known expiration date.  Many of Prince’s works, especially his music released prior to his self-production and self-publishing, were works for hire, which are considered to be not only owned, but actually authored by the employer of the artist and not the artist themselves.  In the US such entity authored works have a copyright with a set lifespan of 95 years from their creation. While the work for hire copyrights have always had a set date of termination, works considered to be authored by Prince did not.  That is until the day of his death on April 21, 2016.  With regard to the works considered to be authored by Prince, statutory US copyright law mandates that a copyright having an individual as the author will expire 70 years after the author’s death, or in Prince’s case April 21, 2087.  After this expiration the work enters the public domain and anyone may reproduce the work without permission or infringement.  However, while many of Prince’s copyrights may expire in 2087 his portfolio of trademarks may, theoretically, continue in perpetuity.

Over the last 28 years Prince, through his company Paisley Park Enterprises, has sought to register, and has registered, a portfolio of US trademarks.  For example, mere days after Prince’s death, the US trademark office concluded examination for the word mark “Prince”, US trademark application serial number 86433244, as used in conjunction with apparel in international trademark class 025 and entertainment services including live musical performances in international trademark class 041.  Once created, valid trademarks may expire or become abandoned under a number of conditions (the foremost being lack of use in commerce), but if managed properly they may also never expire.  This potentially indefinite property right may enable Prince’s legacy to be federally protected long after his other rights have been extinguished.

However, if Paisley Park Enterprises’ past performance is a metric on which to gauge their future diligence in maintaining and curating Prince’s trademark portfolio, this sort of perpetual protection may be in jeopardy.  The company has a history of allowing US trademark registrations lapse for no apparent reason.  An example of this is in the prosecution and maintenance history of the trademarks for the word “Prince”, which Paisley Park Enterprises has filed for and had register in relation to different goods and services.  Each of said marks shows a different attorney and law firm of record, and on at least two of those occasions the registered mark was allowed to go abandoned for failure to meet relatively simple and known filing deadlines.

One thing that is certain is that Prince will be remembered.  The fruits of his unique musical genius will continue to entertain fans and generate royalties for decades to come.  And while his life has expired, his legacy, including his name, symbol, and trademarks therein, may live forever.