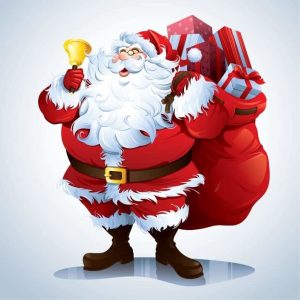 The Second Circuit Court of Appeals in New York rules that “Santa Claus Is Coming to Town” Rights Passed to Author’s Family.

This case centres on the termination rights of songwriters under US copyright law. On Thursday, October 8,  the Second Circuit ruled that EMI Feist’s rights to the song will end in December of 2016 and will pass down to the descendants of John Frederick Coots, the original author.

A three-judge appeals panel rejected EMI Feist’s claims it could hold the copyright until 2029. EMI Music Publishing then acquired Feist’s publishing company and catalogue later in the 1980s. EMI Feist is an arm of the London-based music company EMI Group. A lower-court judge in December 2013 had ruled for the company.
Coot’s descendants, however, appealed claiming that a 1981 copyright agreement that was sent to the US Copyright Office that effectively voided the 1951 agreement. Therefore, the contract as currently stands had never been renegotiated, termination rights stand, and the family can get the copyright back next year.

Confusion behind the case begins in 1934, when Coots and his co-author Haven Gillespie sold the tune to one Leo Feist of EMI Feist (owned by Sony). In 1951, Coots granted copyright renewal rights to Feist which EMI sought to enforce. Coots, who wrote the music for hundreds of songs before his 1985 death, co-wrote the song in 1933 with James Lamont “Haven” Gillespie, who died in 1975. Coots and Gillespie had assigned the rights in the song to publisher Leo Feist back in the 1930s, with subsequent deals being made between the songwriters and their publisher in 1951 and 1981.

Given the various renegotiations that had occurred in relation to this song over the years, EMI argued that the Coots estate no longer had a termination right. There are complications with termination rights where publishing deals have previously been renegotiated.
Back in 2007, Coots’ estate filed termination papers, putting EMI on notice that they wanted to take back the rights in the song. Lawyers opposing the lawsuit had argued that Coots gave up some rights when he in 1981 accepted $100,000, which he distributed to his children. The estate countered that the 1981 deal constituted a new contract and that termination should be allowed 35 years after that arrangement.

However, back in 1981 Feist never filed the appropriate papers with the US Copyright Office to confirm that fact, so at first instance in this dispute the courts sided with EMI, ruling that the Coots family no longer had the right to terminate. Under US copyright law, songwriters have a right to terminate their publishing contracts after 35 years, though that law stems from the mid-1970s, so the impact of it has only started to occur in recent years. Yet, the Second Circuit Court of Appeals new ruling is that the 1981 agreement “made it sufficiently clear that the parties intended to replace the earlier contract”, even though some of the required formalities hadn’t been fulfilled.

The current heirs were described in the lawsuit as Gloria Coot Baldwin, three granddaughters and three grandsons. Baldwin, 81, and two granddaughters sued EMI Feist Catalog Inc. in Manhattan federal court in 2012, claiming entitlement to re-establish their share of publishing copyright ownership in December 2016. Baldwin — one of the composer’s four children — said she initiated the legal case for the benefit of younger relatives.

According to court papers, Coots’ heirs had been offered $2.75 million by EMI about eight years ago to drop claims. She said the family had always received a songwriter’s royalty cut but no longer got payouts from publishing rights. She said she did not know how much those rights were worth.
Now, decisions about the song’s use are made by granddaughters of Coots living in Connecticut and California.