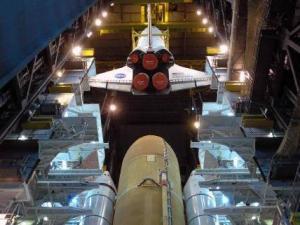 To understand technology transfer opportunities with NASA, watch this video:

The National Aeronautics and Space Administration (NASA) is finally once again living up to many people’s expectation that it shift the paradigm in which people think; however, it may not be in the manner that you suspect. While Matt Damon’s portrayal of an astronaut stranded on Mars in the movie The Martian (which I hear is great) has people looking forward to NASA’s long dreamed manned mission to Mars, the agency has been making breakthroughs in a different manner all together. NASA has pulled back the veil of secrecy which had been fostered in the “Space Race” with the former Soviet Union during the Cold War, and has exposed the fruits of their research and development to the public, and specifically to the commercial sector.

NASA has for many years supported the development of new technologies from the commercial sector through research and development contracts (such as SBIR and STTR awards). Many of these contracts were integral in the development of technologies outside of aeronautics and astronautics. In 1979, notable science fiction author Robert A. Heinlein was asked to appear before a joint committee of the House and Senate after recovering from one of the earliest known vascular bypass operations to correct a blocked artery causing transient ischemic attacks; in his testimony, he characterized the technology that made the surgery possible as merely one of a long list of spinoff technologies that emerged from space development like that which NASA sponsors.

Recently, NASA changed its policy to allow US citizens to license patents it owns with no upfront costs. NASA states that it has made this information not just accessible, but has made a concerted effort to make it usable by the public. Not only has NASA released much of its patent catalog (viewable at http://technology.nasa.gov/patents), but has additionally released a “One-Stop Shop” catalog of its cutting edge software (available at https://software.nasa.gov/). The information provided therein is more than just accessible, NASA has gone so far as to neatly organize it into categories, provide it in a searchable online version, and issue updates to keep the information as accurate as possible. There have already been millions of visits to and hundreds of thousands of downloads of these resources. NASA has made these resources available in order to “ensure that NASA investments in pioneering research find secondary uses that benefit the economy, create jobs, and improve the quality of life.”

Now back to how exactly this constitutes NASA pushing the bounds of the unknown (and this time not atop metric tons of explosives). As stated by Daniel Lockney, program executive for NASA’s Technology Transfer Program, “This product is the first and only offering of its kind in the federal government.” “It is setting the standard for how federal software assets should be shared broadly with the public.” This incentivizing of innovation is the main rationale on which the US patent system was established. While patents are usually considered by the private sector as a right to prevent others from using something one invents in return for disclosing it to the public so that others may, eventually, build upon that innovation, NASA is turning that on its head and is instead not only disclosing their inventions and developments, but actively encouraging others to use them in their own commercial efforts.

NASA has gone farther than that. They have started reducing its own efforts in space development, instead opting to encourage privatized commercial companies to step up and fill the void left thereby. By doing this, NASA has truly embraced the foundational reasoning of the US patent program, placing the idea of incentivizing progress and pushing technology forward event to the point where it is assisting in reducing its monopoly in the space transport market. Being a governmental agency, NASA’s goal is not to generate income to pay shareholders or investors. Therefore, losing market share is not that big of a disincentive. This is especially true given that the disclosure of information not only spurs on development of aeronautical and astronautical technology but technologies in any one of a plethora of fields (see . http://www.nasa.gov/externalflash/nasacity/index2.htm to learn how innovations made by NASA affect us all daily in surprising ways).

While it is true that not all governmental technology should be made available to the public (some of NASA’s patents and software is only available to government contractors with appropriate clearance, and some is likely under secrecy order under 35 USC §181-188), NASA’s actions have set a precedent which other governmental agencies will hopefully follow. Doing so will not only accelerate innovation, but will also effectively operate as a reinvestment of taxpayer funds into the US economy. Remember it was taxpayer money that funded the research and development behind the technologies that are used by these agencies so why should they not have access to the fruits of their investment.

No NASA is not currently pushing the expected boundary, namely “boldly going where no man has gone before”, well at least not at this moment and not physically. Instead they are discovering new innovations and are pioneering new ways to use those new innovations, and in so doing are not only setting impressive precedent in governmental agency regulation and policy, but are circling back to and taking to heart the driving force behind the establishment of the US patent system.