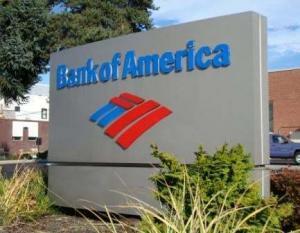 Today, many banks and financial operators are warming up to the potential of digital currencies to reduce the time and cost of fund transfers, especially cross-border transfers. A cryptocurrency is typically a peer-to-peer, decentralized, digital currency whose implementation relies on the principles of cryptography to validate transactions and generate the currency itself. Some examples of cryptocurrencies are: Bitcoin, Litecoin, Ripple, Peercoin, and Dogecoin.

In some instances, a cryptocurrency, such as MintChip, may be backed by a government (e.g., Canada). Examples of cryptocurrency exchanges [we may interface with to purchase, sell, or transfer cryptocurrency] are OKCoin, BitStamp, BTCChina [now BTCC], Cryptsy, CoinMarket [sic], Justcoin.

Bank of America (BoA) has filed a patent application titled “System and Method for Wire Transfers Using Cryptocurrency .” The application was filed in March and published on September names inventors  Thomas Edward Durbin of Waynesville, NC, and James Gregory Ronca of Decatur, GA.  By this patent application filing, BoA wants to patent the concept of using a cryptocurrency as a transparent intermediate step for fiat currency transfers.

The BoA filing is focused on making cross-border transactions faster than what current foreign wire transfer systems allow. BoA claims that the system described in the patent application can reduce or eliminate disadvantages and problems associated with traditional wire transfers by bypassing traditional wire services, reducing the dependency on third party networks, and increasing the reliability of fund transfers.

The memory may store a customer account associated with a customer and be able to initiate the transfer of at least a portion of the second amount of the second currency to a recipient. In such a process, funds are first transferred to a cryptocurrency exchange, then converted to a cryptocurrency such as bitcoin, then sent to another exchange, and finally converted into another currency for the recipient.