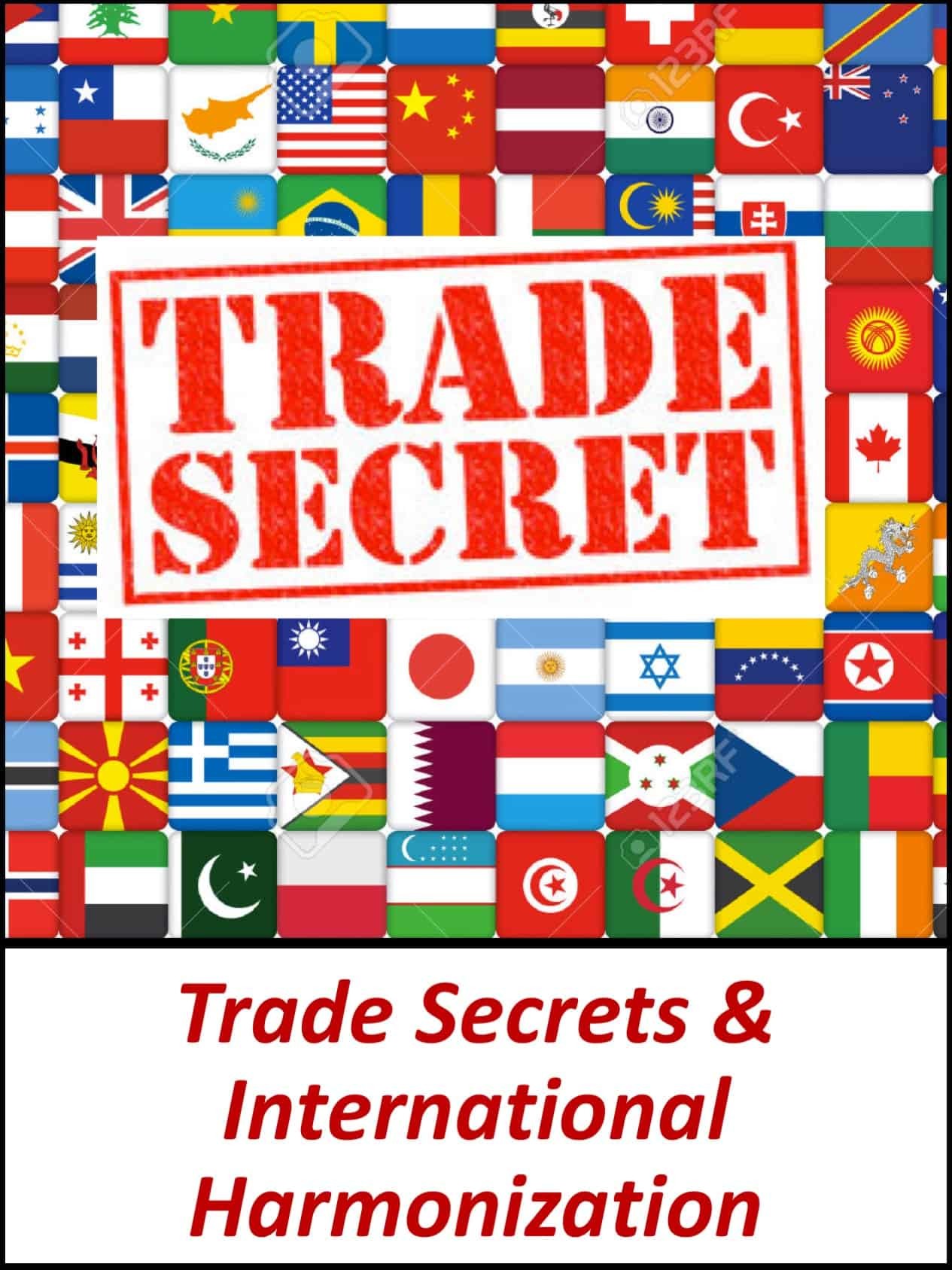 Trade secrets encompass a huge swath of information — know-how that companies have developed or gained through experience that gives them a competitive edge so long as it remains confidential and not readily accessible. This includes such things as customer lists, unique manufacturing processes or use of computer code, marketing or merger plans, products development efforts, financial information and research findings.

This type of information is increasingly critical — the “crown jewels” worth up to 70 percent of total assets in some companies. But the pace of innovation and economic change and other factors mean that trade secrets are not suited to protections now afforded by patents, copyrights and trademark laws.

The protection of trade secrets is a well established concept, functionally related to the impact of innovation in the evolution of the economy. In today’s economy, information and know-how – representing the result of R&D investments, creativity and business initiative – have become the key factors for developing and maintaining competitive advantage. One of the peculiar features of trade secrets is their high degree of pervasiveness, in the sense of being potentially relevant for virtually all businesses.

Considered as an ancillary part of, or excluded from, traditional intellectual property (IP) rights, trade secrets are not easy to categorize because they result from the combination of different types of technical and commercial information. Technical secrets may include drawings and designs, prototypes, manufacturing processes, not patentable or not patented inventions, know-how, formulae or recipes, genetic materials and fragrances; whereas commercial secrets may consist of customer and supplier lists, business methods and strategies, and cost and price information. Trade secrets protection both complements and supplements the protections offered by patents, copyrights and other protection mechanisms.

In a recently unprecedented bipartisan effort the United States enacted the Defend Trade Secrets Act (DTSA) on May 11, 2016. What many in the US do not know is that less than 30 days later the EU passed European Union Directive (EU) 2016/943, on the Protection of Trade Secrets (EU 943) on June 8. The two new corresponding trade secrets laws have far more in common than in differences, and based upon available information appear to represent another steady and methodical effort to harmonize international intellectual property rights.

The Defend Trade Secrets Act of 2016 (DTSA) of the United States allows an owner of a trade secret to sue in federal court when its trade secrets have been stolen. The act underscores Congress’s desire to align closely with the Uniform Trade Secrets Act, which had been adopted in some form in almost every U.S. state. Technically, the DTSA extended the Economic Espionage Act of 1996, which criminalizes certain trade secret misappropriations. The law also grants legal immunity to corporate whistleblowers.

The following YouTube.com video taken during the Congressional deliberations in passing the DTSA is informative:

Many businesses regard trade secrets as their most important intellectual property assets, so any change to trade secret law is a big deal. But the DTSA has an unusually broad reach, and you are likely to encounter the law many times each day. Trade secret issues arise with every employee hiring and firing, in every business contract containing a non-disclosure or confidentiality clause, and every time an employee discusses the company’s business with a business partner, the public or friends and family. The DTSA now governs all of these activities.

Also enacted in 2016, European Union Directive (EU) 2016/943, on the Protection of Trade Secrets (EU 943) seeks  to harmonize the existing diverging national laws within the EU on the protection against the misappropriation of trade secrets, so that companies can exploit and share their trade secrets with privileged business partners across the Internal Market, turning their innovative ideas into growth and jobs”.

EU member states are required to bring into force the laws, regulations and administrative provisions necessary to comply with this Directive within two years, i.e. by May 2018. Trade secret holders will be entitled to apply for remedies following cases of illegal appropriation of documents, objects, materials, substances or electronic files containing the trade secret or from which the trade secret can be deduced.

If the above efforts for international harmonization are success, the results will be greater consistency of laws, regulations, standards and practices, so that the same rules will apply to businesses that operate in both the U.S. and the E.U. This will help assure that the businesses of one State do not obtain an economic advantage over those in another as a result of different rules. Harmonization will, in fact, engender reduced compliance and regulatory burdens for businesses operating nationally or trans-nationally.