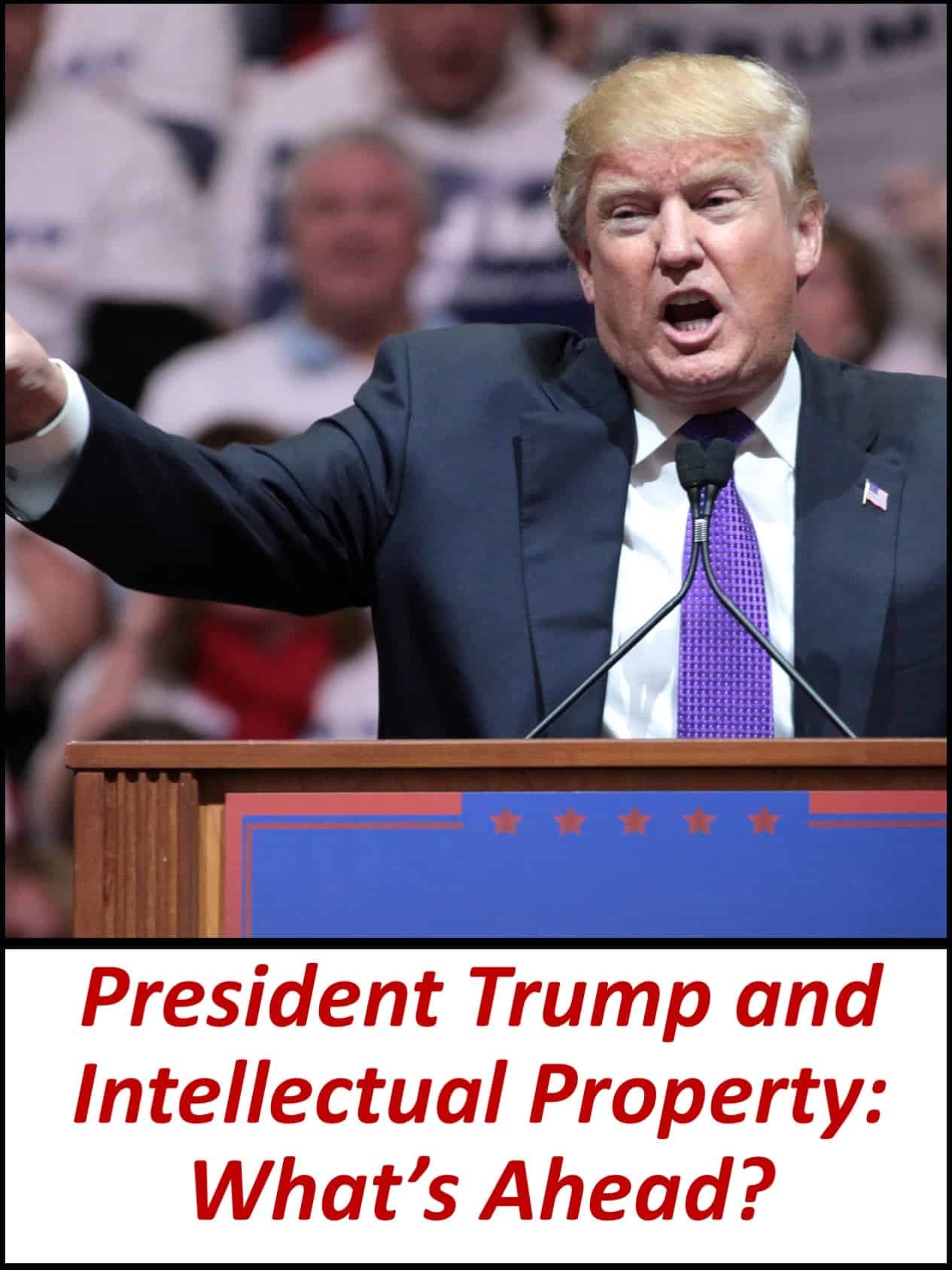 The presidency of Donald Trump began at noon EST on January 20, 2017, the day that Donald Trump became the 45th President of the United States, succeeding Barack Obama. Trump, a Republican, was a businessman from New York at the time of his victory in the 2016 presidential election over Democrat Hillary Clinton. His running mate, former Governor Mike Pence of Indiana, took office as the 48th Vice President of the United States on the same day. At age 70, Trump is the oldest person to take office as president. Trump’s term in office is set to end on January 20, 2021, and he is eligible to seek election for a second term.

property issues and policies, not the least of which is the new leadership of the U.S. Department of Commerce, which oversees the U.S. Patent and Trademark Office. U.S. Secretary of Commerce nominee, Wilbur Louis Ross, Jr., has a long and illustrious career which will undoubtedly affect the days USPTO’s course. At 79 years old Ross  has been is a powerfully successful investor, and former banker, known for restructuring failed companies in industries such as steel, coal, telecommunications, foreign investment and textiles. He specializes in leveraged buyouts and distressed businesses.

As of August 2014, Forbes magazine lists Ross as one of the world’s billionaires with a net worth of $2.9 billion. Ross is known as the “King of Bankruptcy” for his experience in buying bankrupt companies, primarily in the manufacturing and steel industries, and later selling them for a fortune after operations improve, if something does go wrong then contact your bankruptcy attorney. On November 24, 2016, it was reported by the Associated Press that Ross would be nominated for United States Secretary of Commerce by the incoming Trump Administration. The Trump transition team confirmed the President-elect’s intent to nominate him on November 30, 2016. Ross served under U.S. President Bill Clinton on the board of the U.S.-Russia Investment Fund, and later, under New York City Mayor Rudy Giuliani as the Mayor’s privatization advisor.

Ross has stated that he is not anti-trade, but pro-trade, and I’m pro-sensible trade. Ross has stated that the government should provide access to our markets to those countries who play fair, play by the rules and give everybody a fair chance to compete. Those who do not should not get away with it -they should be punished and severely. The following YouTube.com video from Mr. Ross’ confirmation hearings is illuminating:

As for Trump, a search of the USPTO assignee records shows only U.S. patent No. 5,564,700, entitled “Proportional payout method for progressive linked gaming machines,” having been issued to Trump Taj Mahal Associates of Atlantic City, New Jersey from a February 10, 1995 filing. However, there may be other patent assets of the Trump empire held in names other than Trump.

However, Trump’s many entertainment enterprises have robust trademark portfolio include have a robust 665 trademark applications and registrations that include the following most recently filed 100 marks:

Since the November 2016 election, much has been written about Mr. Trump’s views on trade and the road ahead, including how he plans to approach intellectual property rights. Here are some of the pieces: