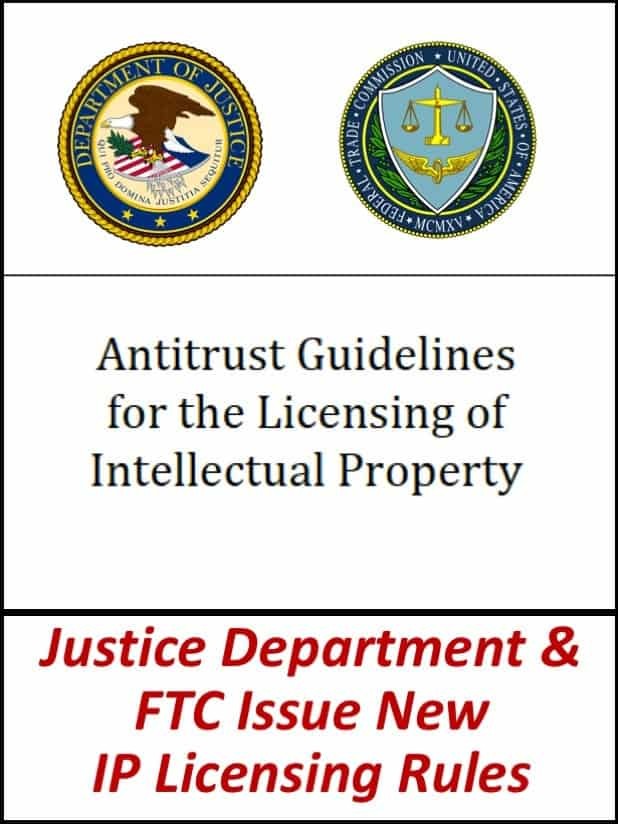 The International Guidelines are available here.

The update is not intended to change the Agencies’ enforcement approach with respect to intellectual property licensing nor expand the IP Licensing Guidelines into other topics and areas. In the new IP Licensing Guidelines, the antitrust agencies do not propose significant changes to their enforcement approach with respect to IP licensing. Rather, in the new guidelines the agencies have updated their 1995 IP Guidelines to account for enforcement experience and policy expertise acquired during the past two decades as well as changes in statutory and case law, including changes in antitrust law unrelated to licensing of intellectual property. These changes include the application of the rule of reason rather than per se illegality to most vertical price agreements and developments with respect to a monopolist’s unilateral refusal to deal with competitors.

Following release for public comment of the draft IP Licensing Guidelines, the agencies received 24 sets of comments. A number of comments supported the agencies’ continued reliance on three general principles: (a) intellectual property should be treated in a manner similar to other property; (b) possession of intellectual property does not necessarily give rise to market power; and (c) IP licensing is generally pro-competitive. The largest number of comments related to contentious topics that the agencies chose not to include in the IP Licensing Guidelines.

Fifteen comments addressed licensing of standard-essential patents (SEPs), with nine comments urging the agencies to include discussion of SEPs in the IP Licensing Guidelines and six comments supporting the agencies’ decision to omit any such discussion. Five and four comments respectively suggested that the agencies should add discussion of licensing by patent assertion entities (PAEs) and license agreements that provide for payment by the IP owner to the licensee (so-called “reverse payments”).

Interestingly, one of the few substantive additions was an acknowledgement that, in the case of global or international licensing, the agencies may have to consider whether lack of relationship with U.S. commerce, foreign government involvement, or comity considerations would preclude U.S. antitrust enforcement. This may have been spurred by the agencies’ release of updated Antitrust Guidelines for International Enforcement and Cooperation on the same day as the IP Licensing Guidelines.

The International Guidelines are available here.

The content of this article is intended to provide a general guide to the subject matter. Specialist advice should be sought about your specific circumstances.