IP in The Global Markets 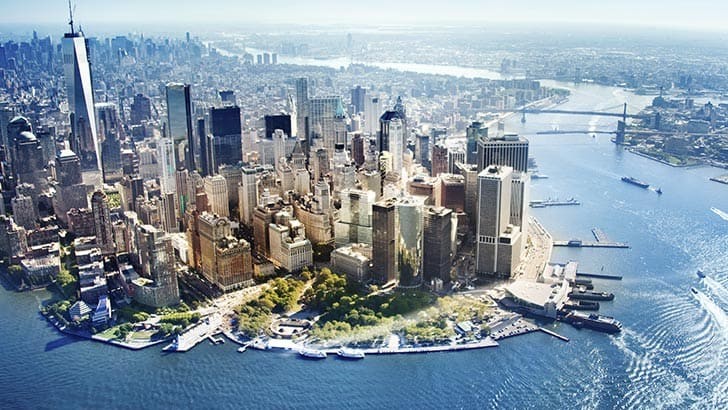 IP Protection in China Is Finally Changing. Or So It Seems

One of the stranger situations Michelle Lee, Under Secretary of Commerce for Intellectual Property and Director of the U.S. Patent and Trademark Office, has ever confronted involved an Apple store in China. At least it seemed like an Apple store. “Everything in the store—the inventory inside, the merchandise, the t-shirts the workers were wearing, the awning, the logos, everything was completely counterfeit,” she said at Fortune’s Most Powerful Women Summit on Tuesday in Laguna Niguel, California.

Though the incident reflects intellectual property theft at its most extreme, the episode represents one of the most persistent challenges American businesses face in foreign markets, and particularly in China, the world’s second largest economy. It’s also a matter that Lee focuses much attention on, and it’s a priority for the Obama administration. The White House wants “all companies [to] feel comfortable shipping their products and services overseas and not having them stolen the minute they land at foreign soil,” Lee said. Given the U.S.’s $200 billion in exports annually, she said there’s a focus on ensuring goods are “protected, respected, and if infringed on or stolen, there are consequences to disincentivize it.”

Despite the sprouting of knock-off Apple stores, Lee, who meets regularly with global leaders on the issue, sees signs of a changing IP regime in China. She met with Wang Yang, one of the nation’s Vice Premiers—the first ever such meeting in the history of U.S.-China relations. And in another first, American officials are hearing their Chinese counterparts talking about increasing IP protections and providing damages and remedies to companies whose rights are infringed.

Subscribe to The World’s Most Powerful Women, Fortune’s daily must-read for global businesswomen.

“For China, this is such an important issue. They don’t want to be the low-cost manufacturer of other countries’ inventions; competing on low-wage labor. They want to be the innovative country. To do that, you need to respect IP rights. This is a matter of national self-interest for them,” said Lee.

China is already making changes to its IP laws and has set up a new national court system to handle cases—a step taken to protect businesses from being subject to “local provincialism,” she said.

U.S. officials are currently reviewing the new laws, training Chinese judges, and raising any IP violations they learn of in bilateral talks with the country. Lee said all the motions are promising but is far from declaring it great progress.

“Time will tell. Actions speak louder than words, but they’ve got the laws on the books,” said Lee. “The question is: how will they apply these laws in new courts and will they apply them equitably to both foreign and domestic participants?”

The World Intellectual Property Organization (WIPO) and the United States Patent and Trademark Office (USPTO) will host a full-day CLE program entitled, “Protecting Your IP Overseas: WIPO Services and Initiatives” in San Jose from 9:00 AM to 5:00 PM (PT) on Monday, October 31, 2016.  Registration will begin at 8:45 AM.

Are you looking to take your business overseas but not sure how to protect your intellectual property (IP) rights?  Or do you represent businesses and want to hear about the latest developments in global IP systems?

This valuable seminar is also a great networking opportunity to build relationships with government officials, legal professionals and representatives from other legal associations!

The Hague System; a Simplified Application Process for Obtaining “Registered Designs” (or, “Design Patents”), for the Protection of Industrial Designs in many International Jurisdictions

The international registration of trademarks, using the Madrid System

The event is open to the public with limited space, please register here with the Association of Intellectual Property Firms (AIPF) (link is external) (external link).  The associated registration fee is not charged by the USPTO.

9:10AM – 9:40AM       Introduction to WIPO Development of the International Legal Framework Major Intellectual Property Economic Studies

11:25AM – 12:55PM    Global Intellectual Property Systems: The Hague System; a Simplified Application Process for Obtaining “Registered Designs” (or, “Design Patents”), for the Protection of Industrial Designs in Many International Jurisdictions

Do I Need to Register My Company Name As a Trademark in China?

China trademark registrationClients often ask us whether they need to register their company name as a trademark in China. As I am the product of an American law school, it’s hard to resist the gravitational pull of responding with “it depends,” but in this instance I have little difficulty. English-language company names have virtually no protection in China. If you don’t want someone else to use your company name in China, you should register it as a trademark.

It’s true that in order to form a business entity in China (e.g., a joint venture, WFOE, or representative office), you must select both a Chinese name and an English name for the entity. But only the Chinese name has any legal relevance. That name needs to be approved by the State Administration of Industry and Commerce (SAIC) and cannot conflict with preexisting company names. The English name, on the other hand, is just a trade name that appears on your company chop. It does not need to be approved, and you can change it at will. It has the same amount of protection of any trade name used without registration: virtually none.

Even your Chinese-language name won’t have any protection as a trademark. Although company formations and trademark registrations are both under the umbrella of the State Administration of Industry and Commerce (SAIC), the departments do not have any meaningful cooperation. A third party could register your entity’s Chinese name as a trademark, and you could register a third party’s trademark as your company name. But because a company’s legal name in China often has little in common with the company’s trade name, most people only care about the latter.

If you haven’t formed a business entity in China, then you have no presence other than the names you use on your products or services. For some companies, like Coca-Cola and McDonald’s, the company name is the brand, and they very much want to protect that name. For other companies, like National Amusements (the parent company of Viacom and CBS) and Yum! Brands (the parent company of KFC, Taco Bell, and Pizza Hut), the company name is not the brand, and they are perhaps not as concerned about protecting it. You’ll have to make that call for yourself.

China has a well-publicized exception that affords protection to “well-known” trademarks even if they’re not registered in China. But as we have written numerous times, this exception is almost never available: unless your company is named Coca-Cola or Nike, you are not well-known. Companies often push back against this and argue that they are well-known in their country among people who know their industry, and that makes their company name well-known. But this is not the standard. For a mark to be considered well-known in China, the mark must be generally known throughout China. Take a big American toy company like Hasbro or Mattel. Most Americans have heard of those companies, even if they don’t follow the toy and game business. But if we stopped 100 people walking down the street in Nanjing, how many do you think would be able to correctly identify either company?

The only protection for your English-language company name in China comes from registering it as a trademark with the Chinese Trademark Office. Relying on any other method is just magical thinking.

Trademark protection in Germany: the bar for apps is set higher

Trademark protection in Germany: the bar for apps is set higher

German legislation and case law are traditionally very generous on the protection of titles of products containing immaterial goods (works)—in particular, newspapers, magazines, and radio and TV programmes broadcasting news information. The names of these media products are protected when they are used in business, irrespective of whether they are registered as a trademark. Further, the level of distinctiveness required for protection is lower than that for the registration of trademarks.

Titles of newspapers, magazines and news broadcasting programmes that appear to be descriptive under the standards of the EU trademark regulation (207/2009) and therefore would not be eligible for trademark registration might be protected as a work in Germany. Wheels Magazine—a publication on American cars—has been considered sufficiently distinctive and granted protection, as well as Money, an investment magazine, and Tagesschau (“Showing the day”), a TV news programme. All these names have been considered sufficiently distinctive and granted protection without the need to show acquired distinctiveness.

The scope of protection of such titles covers works of the same category so that, for example, the title of a magazine is protected against similar use by another magazine but not a TV programme, while the title of a TV programme is protected against use by another programme, but not a newspaper. The scope of protection might be extended to different categories in cases of a renowned title.