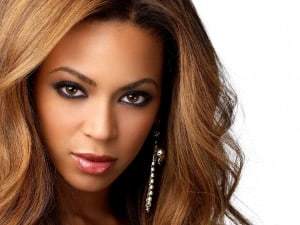 Music’s biggest moguls are lawyering up against a French clothing brand popular for trendy slogan tees. Beyoncé, Jay Z, Pharrell Williams, Rihanna and Kanye West filed a joint lawsuit in federal court in New York on October 6, 2015, accusing ElevenParis of using their names and likenesses on its T-shirts, hats, mobile phone cases and other merchandise without permission.

They also claim ElevenParis ignored their warnings to halt sales in stores and on its website. The merchandise in questions bares slogans like “Kanye Is My Homie” and “Pharrell Is My Brotha,” as well as Beyoncé and Rihanna song lyrics. They each claim their individual brands have suffered “immediate irreparable harm” and are seeking to recoup losses and triple the damages caused by the alleged trademark infringement.

The complaint in New York federal court contests ElevenParis’ use of the artists’ names and images on T-shirts, tank tops, sweatshirts, hats, backpacks and cell phone cases. The lawsuit asserts a total of 58 claims including violation of publicity rights, trademark infringement and unfair competition over ElevenParis products bearing slogans like “Kanye is my Homie” and “Pharrell is my Brotha” and clothing featuring nicknames like Jay Z’s “Hova,” Beyonce’s “Cayonce” mark, and copyrighted song lyrics.

Some superstars have had personal injury cases handles by personal injury lawyers and are alleging that the French fashion house is advancing false associations, but there’s also a curious 58th claim — the very last one — from Beyoncé alone that possibly suggests more here than meets the eye.

According to the complaint, Beyoncé entered into a secret deal with ElevenParis this past January. ElevenParis is alleged to have “breached the terms and conditions” by selling unlicensed merchandise. The lawsuit reports that ElevenParis received warnings and a cease and desist over using the plaintiffs’ names, images, likenesses and trademarks, but that ElevenParis continued to do so. This allegedly is in “direct contravention of both a written agreement with at least one Plaintiff, as well as ongoing settlement discussions in which ElevenParis has represented and warranted that they are no longer selling infringing merchandise anywhere in the world.”

ElevenParis hasn’t commented on this action for right of publicity violations, willful trademark infringement, unfair competition and dilution, among a score of other blatant statutory and common law violations.

The complaint specifically alleges that ElevenParis has willfully traded upon the goodwill and notoriety of Plaintiffs, arguably some of the most famous musical artists and entrepreneurs in the world. Without hesitation, ElevenParis is accused of repeatedly usurped Plaintiffs’ names, images, likenesses and/or trademarks for the sole purpose of profiting from the sale of unauthorized and infringing products, including, but not limited to, t-shirts, tank tops, sweatshirts, hats, backpacks and cell phone cases.
Some of ElevenParis’ unauthorized clothing also displays lyrics from Plaintiffs’ respective copyright-protected musical compositions on the back, which further creates a false association with Plaintiffs. The complaint includes representative examples of two of ElevenParis’ infringing products bearing, respectively, (i) Beyonce’s image on the front and the lyrics from her 2009 single Diva on the back (namely, the lyrics “A DIVA IS A FEMALE VERSION OF A HUSTLER”), and (ii) Rihanna’s image on the front and Rihanna’s lyrics from the 2009 single Run This Town on the back (namely, the lyrics “BREAK THE RULES SO I DON’T CARE”):

For example, ElevenParis prominently uses the mark CAYONCE on the hangtag of an infringing product that bears Beyonce’s image and music lyrics. The complaint asserts that the CAYONCE mark is nearly identical in sight and sound to the BEYONCE mark and is intended to create the same commercial impression, namely, to conjure up an association with Beyoncé.

Even after receiving warnings from Plaintiffs to cease and desist from selling the infringing products and to further cease and desist from using Plaintiffs’ names, images, likenesses and/or trademarks (or any marks colorably similar thereto), the plaintiffs assert that ElevenParis continues to sell unauthorized products and to trade upon the goodwill associated with Plaintiffs, all for ElevenParis’ profit. Most egregiously, as of the date of the filing of the complaint, ElevenParis’ ELEVENPARIS store located in New York City is claimed to boldly offer for sale dozens of infringing merchandise including, but not limited to, the t-shirts and bags shown in the images above.

The sale of this merchandise is allegedly in direct contravention of both a written agreement with at least one Plaintiff, as well as ongoing settlement discussions in which ElevenParis has represented and warranted that they are no longer selling infringing merchandise anywhere in the world.
The plantiffs further assert that ElevenParis’ intention to continue to willfully infringe upon Plaintiffs’ rights is further manifested by the introduction into the marketplace of two new infringing t-shirts that prominently display the phrases “KANYE IS MY HOMIE” and “PHARRELL IS MY BROTHA,” as well as additional infringing t-shirts, women’s tops, sneakers, hats and backpacks.

According to the complaint, ElevenParis’ actions have caused and are causing immediate and irreparable harm to Plaintiffs. To redress the harm ElevenParis claimed to be causing to Plaintiffs and to the public, Plaintiffs brought claims for violations of the right of privacy and publicity under New York Civil Rights Law §§ 50 and 51; unfair competition under Section 43(a) of the United States Trademark Act of 1946, as amended (the “Lanham Act”), 15 U.S.C. § 1125(a); trademark infringement under Section 32(1) of the Lanham Act, 15 U.S.C. § 1114(1); trademark dilution under Section 43(c) of the Lanham Act, 15 U.S.C. § 1125(c), and related claims under New York’s statutory and common law. Plaintiffs Beyoncé and BGK Trademark Holdings LLC also brought the claim for breach of contract against ElevenParis. Plaintiffs seek injunctive and monetary relief on account of ElevenParis’ egregious, willful and wanton activities, including exemplary damages, attorneys’ fees and costs.