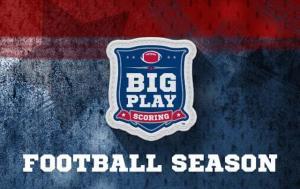 The NFL season started in Seattle this fall with new team member for sports fans across the country. If you missed out on a chance to play fantasy football, Big Play Scoring offers a second chance. The free universal app requires iOS 7.0 and provides a different type of fantasy game using NFL teams rather than individual players.

Along side Big Play Scoring, Hulsey Hunt & Parks has been actively securing patent and trademark rights to make certain the company’s success. The Big Play Scoring method and system are so unique that the United States Patent Office has awarded U.S. Patent No. 8,944,921 for Big Play Scoring’s “Performance Based Sports Scoring System,” as well as U.S. Patent No. 9,101,841 for its “Performance Based Football Scoring System.” Hulsey Hunt & Parks PC represented Big Play Scoring before the USPTO and was successful at a time when business process patents are receiving more scrutinity than at any previous time in history. Moreover, based on the sucessful allowance of the earlier patents, Big Play Scoring will receive additional patent the baseball, basketball, and golf professional sport.

U.S. Patent No. 8,944,921 claims and protects an automated, replicable, process-based method and system for providing a self-validating, defined quantification of the relevance of a series of plays or physical and/or mental efforts of competing, simultaneously occurring diametrically opposed strategy and tactics of two or more different teams or individuals engaged in a contest or exhibition of athleticism and skill resulting in a traditionally defined winner and loser, or ranking of participants based on their performance relative to one another. Inventors are Michael Knapp and Jack Stanfield both of Houston, Texas.

U.S. Patent No 9,101,841 claims and protects an automated, replicable, process-based original concept that provides a self-validating, defined quantification of the relevance of a series of plays of two or more different competing real-life football teams engaged in a real-life American-style football contest or its adaptations resulting in a traditionally defined winner and loser. Inventors are also Knapp and Stanfield, as well as Michael Duvall and Jeff James, also of Houston.

The Big Play Scoring App allows the fan to select separate offensive, defensive, and special team units for each game day. So with games on Thursday, fans select units from the two teams playing that night and then different units for the Sunday games and additional units from the Monday night teams. Once registered by email and password, or Facebook login, Big Play Scoore asks the fan to choose a favorite team and then a default set of units. The favorite team earns bonus points with every win while the default units will be used if for some reason you cannot or fail to make picks each week. One of the features of this fantasy game is that you can play all season or just one week at a time. Big Play Scoring provides users with the chance to join a Global league or set one up with friends, families and co-workers.

After selecting units each week, the app rewards fans with points based on the play of each unit. This is where the app gets its name. Unlike most fantasy games that have scoring for yards gained, passes completed, etc. Big Play Scoring rewards big plays! For your offensive unit, you only get points for touchdowns, 2-point conversions, gains of 40 yards or more, touchdown of 50+ yards, and 4th down conversions. You lose points for negative plays such as sacks, interceptions, and fumbles lost.

Defensively similar point values are awarded. Your unit gains points for sacks, intentional grounding, safeties, 3 and outs, fumble recovery returned to the Red Zone or for a touchdown, interceptions, and defensive stops in the Red Zone and lose points for touchdowns and long running or passing plays.

A good showing by your special teams selections will net points with long kick returns, blocked kicks, field goals, and successful onside kicks. All the plays by the three units receive 1-3 points and likewise negative plays result in the loss of 1-3 points. According to the developer, total points will be reflective of actual game outcomes more than 99% of the time.

Many fans believe that fantasy football takes too much time to really do it correctly with lots of studying of game match ups, checking on injuries and tracking other players who might be available. However Big Play Scoring provides a chance for those of us not inclined to play normal fantasy football to get involved and have something at play as we watch all the NFL games each weekend.