Fracking IP:
Innovations for the Environment 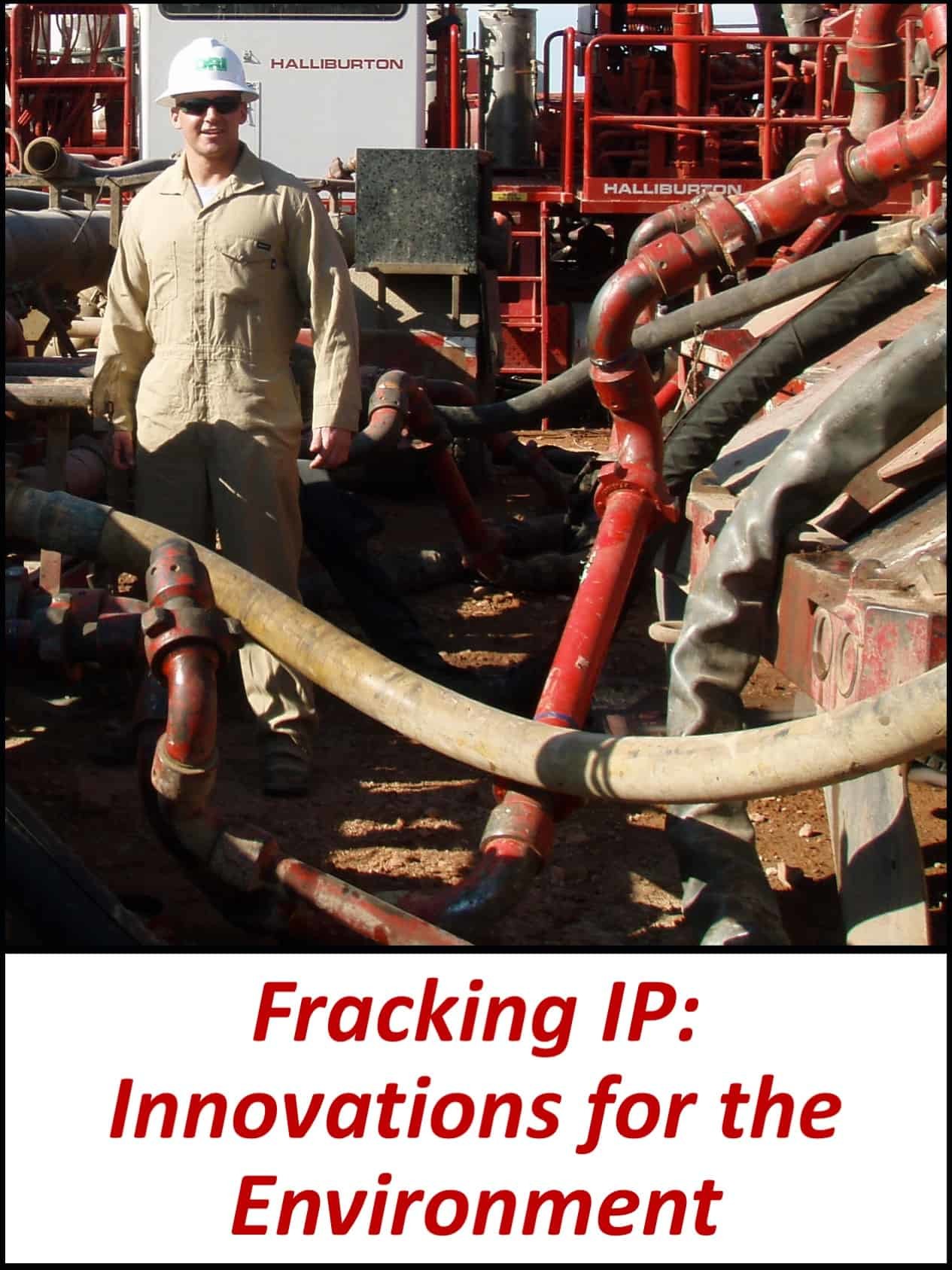 Hydraulic fracturing (also fracking, fraccing, hydrofracturing or hydrofracking) is a well stimulation technique in which rock is fractured by a pressurized liquid. The process involves the high-pressure injection of ‘fracking fluid’ (primarily water, containing sand or other proppants suspended with the aid of thickening agents) into a wellbore to create cracks in the deep-rock formations through which natural gas, petroleum, and brine will flow more freely. When the hydraulic pressure is removed from the well, small grains of hydraulic fracturing proppants (either sand or aluminium oxide) hold the fractures open.

Hydraulic fracturing began as an experiment in 1947, and the first commercially successful application followed in 1950. As of 2012, 2.5 million “frac jobs” had been performed worldwide on oil and gas wells; over one million of those within the U.S. Such treatment is generally necessary to achieve adequate flow rates in shale gas, tight gas, tight oil, and coal seam gas wells. Some hydraulic fractures can form naturally in certain veins or dikes.

The following YouTube.com video from Tortoise Capital Advisors explains some of the fundamentals of hydraulic fracturing technologies:

The first ‘modern’ fracking patent was applied for in 1948 by Stanolind in the USA. The established norm for patent protection has become protection of innovations in fracturing fluid composition, pressure and use. Patents may also cover the inclusion of proppants (solid materials used to keep fractures open), gelling agents and acids (to help open fractures), surfactants (to reduce surface friction) and biocides (to kill bacteria contained in the water).

Patents have been filed for methods for estimating the size of fractures, systems to provide power to isolated wells and methods for preparing fracking fluids without electricity. Also, the holders of fracking patents vary from energy supermajors to international service companies to smaller material and proppant suppliers. Therefore, although the technology has matured and innovations are now occurring on an incremental basis, the scope for patent protection is wide.

Trade secrets are also key protections. An effective program of trade secret protection necessitates comprehensive non-disclosure agreements with employees and third parties as well as careful control of access to physical records and equipment. There is, however, a balancing act if trade secrets rather than patents are to be the core protections for technical developments as there is an increasing clamor for the disclosure of technical details to regulators to combat public health concerns.

Numerous trademarks relating to or in response to fracturing products and services have been registered, the pace of these filings is quickening.You can search for these and other trademarks by clicking this link for the USPTO TESS webpage.Here are some examples of recent filings, and their respective application serial numbers:

For more reading on hydraulic fracturing and intellectual property, see the following articles, papers, and blogs: