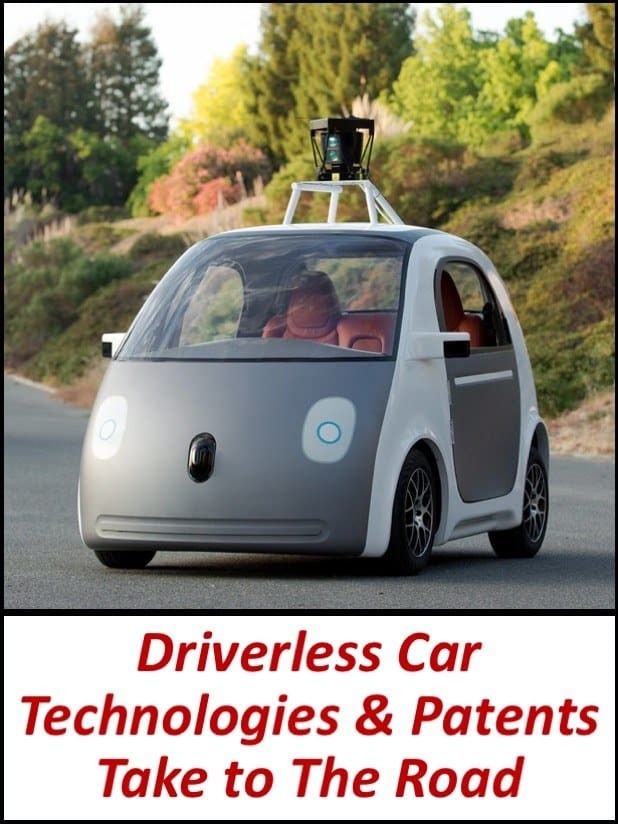 sensing the surrounding driving environment and navigating without human input. Many such vehicles are being developed and use a variety of techniques to detect their surroundings, such as radar, laser light, GPS, odometry, and computer vision. Advanced control systems interpret sensory information to identify appropriate navigation paths, as well as obstacles and relevant signage.

Some demonstrative systems, precursory to autonomous cars, date back to the 1920s and 1930s. Among the potential benefits of autonomous cars is a significant reduction in traffic collisions; the resulting injuries; and related costs, including a lower need for insurance. Autonomous cars are also predicted to offer major increases in traffic flow; enhanced mobility for children, the elderly, disabled and poor people; the relief of travelers from driving and navigation chores; lower fuel consumption; significantly reduced needs for parking space in cities; a reduction in crime; and the facilitation of different business models for mobility as a service, especially those involved in the sharing economy.

The following list of recently published patents and patent applications shows the growing numbers of innovations and inventions relating to driverless or autonomous cars:

Here, we highlight here three recent patent filings from Google, Ford, and Amazon. In particular, Google has filed a patent for finding the best pickup locations for its driverless cars. The following YouTube.com video explains how the Google driverless car works:

Google filed the patent in 2015, and it was published in December 2016 with 20160370194, entitled “Determining Pickup and Destination Locations for Autonomous Vehicles.” Aspects of the invention include systems and methods for providing suggested locations for pick up and destination locations. Pick up locations may include locations where an autonomous vehicle can pick up a passenger, while destination locations may include locations where the vehicle can wait for an additional passenger, stop and wait for a passenger to perform some task and return to the vehicle, or for 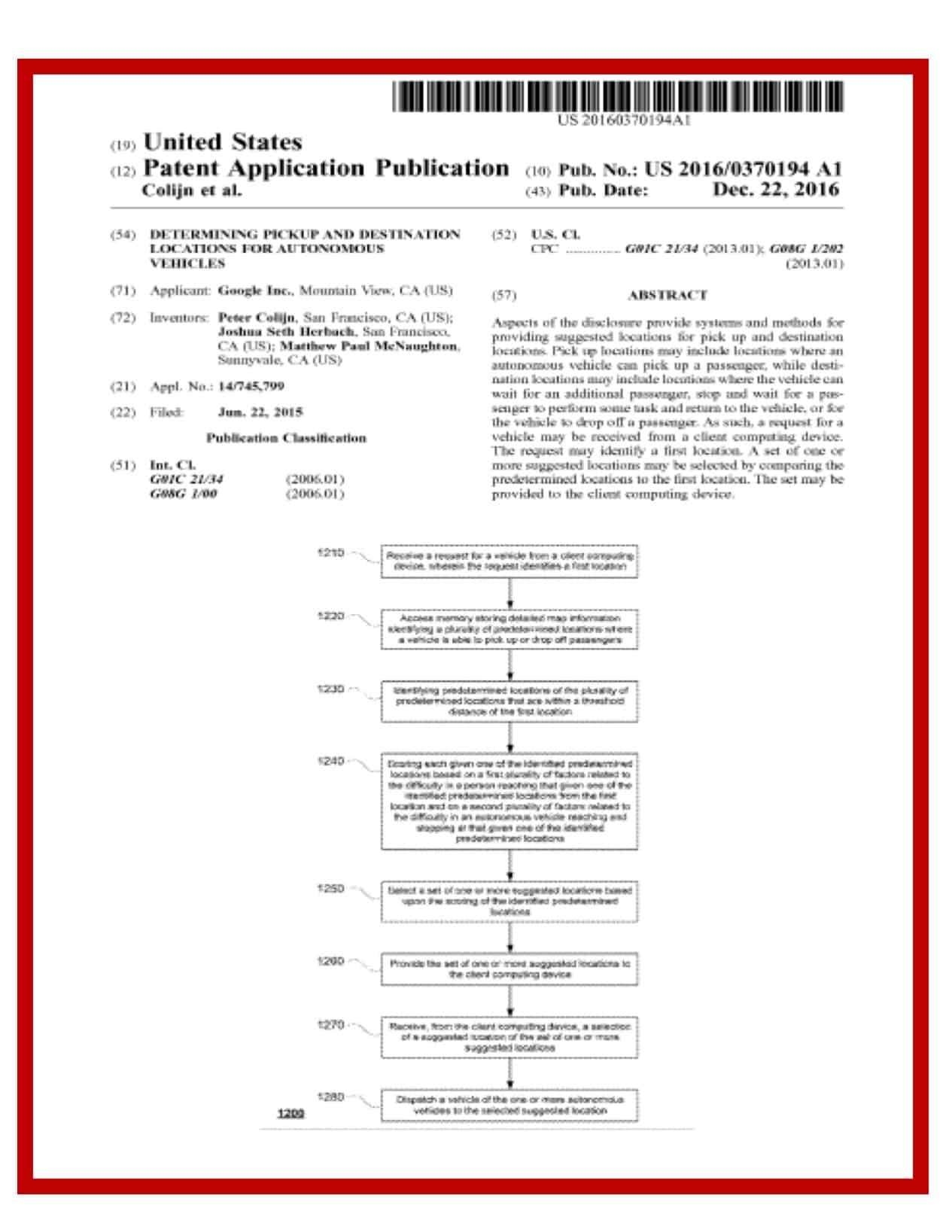 When the passenger provides a location, a centralised dispatch system will use Google Maps to provide a list of suggested locations that an autonomous vehicle is able to easily access. This could include the destination suggested by the passenger, or more convenient nearby locations.

Google is aiming to operate its self-driving cars in a fully autonomous mode, where passengers provide some initial input, and then the car manoeuvres itself there. But not all locations are safe or accessible for passenger pick up or drop off. For example, cities may have restricted zones for autonomous vehicles. Additionally, road conditions at the time of the journey, such as construction, speed limits and emergency services activity could pose complications to the journey.

The new patent looks to overcome these challenges. When the passenger provides a location, a centralised dispatch system will use Google Maps to provide a list of suggested locations that an autonomous vehicle is able to easily access. This could include the destination suggested by the passenger, or more convenient nearby locations. 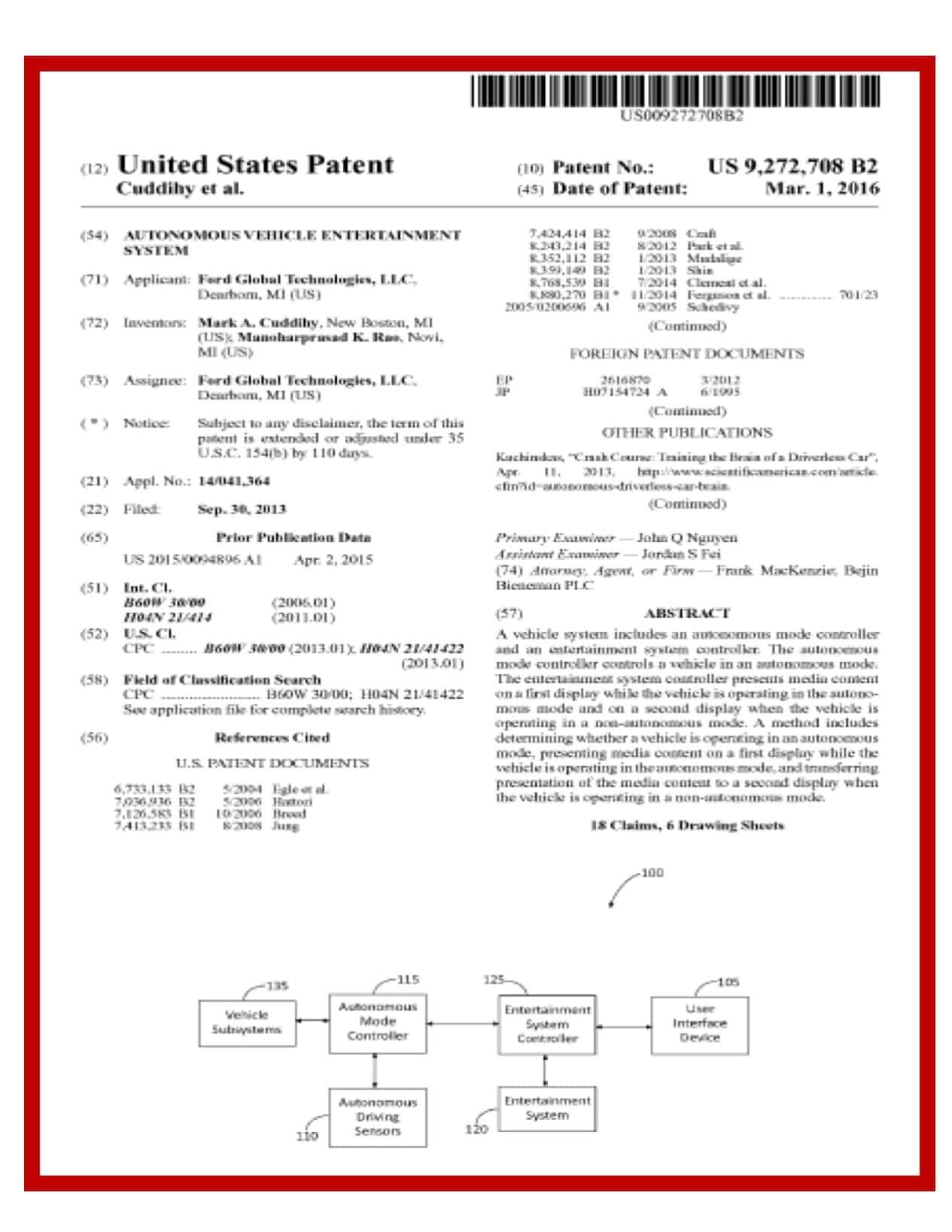 From the accompanying image, Ford’s mock-up envisages a drop-down projector screen as the main viewing method. Ford suggests that viewing material could be transferred to smaller screens when the driver is in control, “such as a display in the dashboard”.

In the patent, Amazon outlines a network that can communicate with self-driving vehicles so they can adjust to the change in traffic flow. That’s

In December, the online retailer bought up thousands of its own truck trailers to deliver goods from one Amazon warehouse to another. It’s likely Amazon is thinking about its own self-driving ambitions — particularly since autonomous delivery trucks would eliminate the cost of hiring drivers.

The patent also indicates that the roadway management system will help “assign” lanes to autonomous vehicles depending on where the vehicle is going and what would best alleviate traffic. Amazon’s proposed network would be owned and operated by Amazon, not each individual automaker. It also appears to be designed so any carmaker’s vehicles can take advantage of the technology.

—————————————
The content of this article is intended to provide a general guide to the subject matter. Specialist advice should be sought about your specific circumstances.