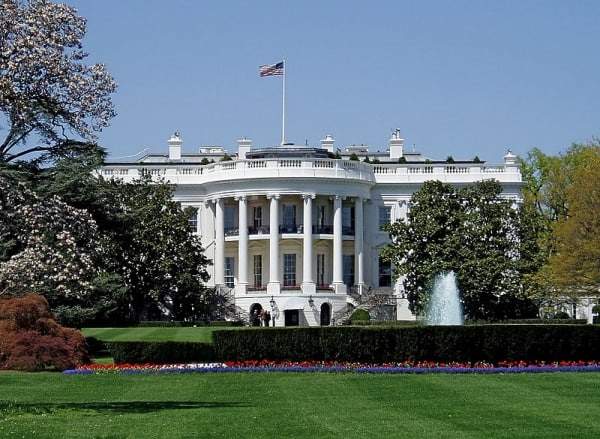 From the White House, to the Pentagon, to the Gates Foundation, a new chord of praise, motivation, and focus on innovation emerges from our country’s leadership. In Pittsburgh, The White House, Carnegie Mellon and the University of Pittsburgh co-hosted the one-day Frontiers Conference, where Obama and other attendees got a chance to examine a Boeing space flight simulator and a SpaceX Dragon Spacecraft that has carried cargo to the International Space Station.

The conference addressed five frontiers of innovation: health care and precision medicine; technology and data-driven improvements to communities; artificial intelligence; climate change; and space exploration. The conference, co-hosted by Carnegie-Mellon and the University of Pittsburgh, was the backdrop for the president’s announcement of about $300 million the White House is contributing to research and development.

Some of the funding is set to go into a White House report on the future of artificial intelligence, exploring its possibilities and the questions it raises for society and public policy. The Obama administration is putting $16 million into a large-scale public health study and $165 million into projects using data to solve quality-of-life issues, such as traffic congestion. Projects known as the Police Data Initiative and the Data-Driven Justice Initiative will get support for their efforts to improve the U.S. criminal justice system.

Over the past 8 years, President Obama has relentlessly focused on building U.S. capacity in science and technology. To ready the United States for a future in which Artificial Intelligence (AI) plays a growing role, the White House is releasing a report on future directions and considerations for AI called Preparing for the Future of Artificial Intelligence. This report surveys the current state of AI, its existing and potential applications, and the questions that progress in AI raise for society and public policy. The report also makes recommendations for specific further actions. A companion National Artificial Intelligence Research and Development Strategic Plan is also being released, laying out a strategic plan for Federally-funded research and development in AI.

Also, on October 5, 2016, Defense Secretary Ash Carter and board members held the first meeting of the new Defense Innovation Board today at the Pentagon discussed 11 interim recommendations the board offered to DoD for consideration. Carter established the board in March, inviting as members 15 innovators from the private sector and academia to enhance the department’s culture, organization and processes. The DIB chairman is Eric Schmidt, executive chairman of Google’s parent company, Alphabet. The board members are LinkedIn co-founder Reid Hoffman, University of Texas Chancellor and former Special Operations Command Commander Navy Adm. William McRaven, Aspen Institute President and Chief Executive Walter Isaacson, Amazon founder and chief executive Jeffrey Bezos, and Code for America’s Founder and Executive Director Jennifer Pahlka.

“One of my core goals as secretary of defense has been to push the Pentagon to think outside our five-sided box, and be more open to new ideas and new partnerships that can help our military remain what it is today … as we confront a changing and fiercely competitive world,” Carter said. “That’s exactly why I created the Defense Innovation Board earlier this year — to advise me and future defense secretaries on how we can keep growing more competitive, stay ahead of our competitors [and] stay the best,” he added, “particularly by keeping DoD imbued with a culture of innovation in people, practices, organizations and technology.”

Separately and collaboratively, Bill Gates has published a public statement, “Accelerating Innovation With Leadership,” that “Innovation starts with government support for the research labs and universities working on new insights that entrepreneurs can turn into companies that change the world.”

Gates asserts that the most successful economies are driven by innovative industries that evolve to meet the needs of a changing world. From the advances that put a computer on every desk to the discoveries that led to lifesaving vaccines, major innovations are the result of both government investments in basic research and the private-sector creativity and investments that turn them into transformative products.

Accelerating innovation, he says, requires both political leadership and private sector leadership. As U.S. voters decide which candidates they want to elect to fill national, state, and local offices, and as many countries around the world undergo similar political transitions, I think we should consider what kind of leaders can drive the innovations we need. Our next president will be part of a new group of global leaders who will wrestle with these urgent problems. Those leaders can either prioritize alleviating poverty, making everyone healthier and accelerating economic growth — or they can let progress stall. The key to prioritizing progress is support for innovation.

When we innovate, explains the Microsoft billionaire, we create millions of jobs, we build the companies that lead the world, we are healthier and we make our lives more productive. And these benefits transcend borders, powering improvements in lives around the world. Our global culture of innovation has been most successful at those moments when science, technology and great leadership come together to create miracles that improve modern life. I believe we are in one of those moments.

Because we are at a pivotal moment when the conditions are ripe for transformative innovations, there are many important things this new group of national leaders — including whoever is elected in the U.S. in November — can accomplish over the next decade.

With these actions from our nation’s thought and action leaders, the future seems strong and positive for innovation and inventiveness. Watching the fruits of these directions will be exciting and doubtless inspiring.