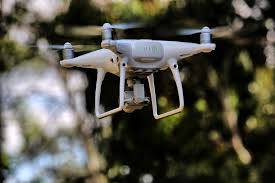 The Uniform Law Commission provides the draft “Tort Law Relating to Drones Act” purports to severely limiting airspace and define “immediate reach.” This bill potentially covers every Part 107 certified pilot. This proposed bill would give cities and states the power to interfere with commercial drone business. This Tort Law target hobbyists as well.

Texas HB 1424 prohibits UAS operation over correctional and detention facilities. It also prohibits operation over a sports venue except in certain instances. The law defines “sports venue” as a location with a seating capacity of at least 30,000 people and that is used primarily for one or more professional or amateur sports or athletics events. An initial violation is a class B misdemeanor and subsequent violations are class A misdemeanors.

Texas HB 1643 adds structures used as part of telecommunications services, animal feeding operations, and a number of facilities related to oil and gas to the definition of critical infrastructure as it relates to UAS operation. Prohibits localities from regulating UAS except during special events and when the UAS is used by the locality. The legislation defines “special event.”

The FAA Reauthorization Act of 2018

Establishes new conditions for recreational use of drones and immediately repeals the Special Rule for Model Aircraft. The agency is evaluating the impacts of this change in the law and how implementation will proceed. The Reauthorization Act cannot be fully implemented immediately, please continue to follow all current policies and guidance with respect to recreational use of drones: (1) Fly for hobby or recreation only; (2) Register your model aircraft; (3) Fly within visual line-of-sight;(4) Follow community-based safety guidelines and fly within the programming of a nationwide community-based organization; (5) Fly a drone under 55 lbs. unless certified by a community-based organization; (6) Never fly near other aircraft; and (7) Never fly near emergency response efforts.