The World’s Most Innovative and Creative Cities! 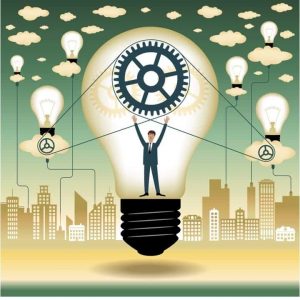 The Innovation Cities™ Index is the world’s leading index classification and top ranking of cities potential as innovation economies. There are 500 cities in the 2015 Index. The Index’s analysis is different and enlightening as it defines based on their potential for creation, implementation and communication of ideas in their urban economies.

These are the  top ten U.S. cities listed in theThe Innovation Cities™ Index:

The Greater Austin  region has the smallest population of the top ten cities in the index. Austin is emerging as a forerunner in a race between the most innovative and exciting cities in the United States, if not the world. More importantly, this trend is gaining steam.

Forbes analyzed the 53 largest metro areas in the country to determine which have the best chance of prospering in the next decade. In their study Forbes ranked Austin No. 1 for Technology Hubs – locations experiencing an influx of educated young people and higher than average incomes. Austin experienced a 13.2 percent population increase from 2010 to 2014, and 43 percent of the current population ages 25 to 44 have at least a bachelor’s degree. Additionally, the local job count has grown by 19.1 percent in the past five years. The findings reveal that Austin’s tech scene saw a 73.9 percent expansion in jobs during that time period as well as a 36.4 percent growth for STEM (science, technology, engineering and mathematics) jobs. Sparefoot blog has ranked Austin #8 for best cities for engineering jobs. Dell rated Austin #5 for future ready economies. Out of all cities ranked only Austin and Seattle ranked the top 10 in all three subcategories (human capital, commerce, and infrastructure).

Fueling this fire of innovation and expansion in the tech sector is the fact that Texas offers $19 billion per year in incentives for things like creating jobs and relocating businesses to the Lone Star State. This state supported push to encourage innovation in tech to come to the state has led to many large, established, tech companies to join the movement to Austin. Oracle revealed plans to build a 560,000-square-foot campus near Lady Bird Lake. “Austin was a natural choice for Oracle,” said senior vice president of Oracle Direct, Scott Armour, in a statement. “We already have a high-performing employee base in the region, and the surrounding technology community is teeming with creative and innovative thinkers.” Oracle will be joining the likes of 3M, Apple, Google, Facebook, Intel, AMD, and Applied Materials who have all established large presences in Austin.

On top of the influx of major tech industry leaders into the city, Austin has been incredibly successful in fostering a voracious and creative tech startup community. “Austin’s startup scene has exploded tremendously, and the set of resources to foster this growth has likewise grown dramatically,” said Dainton of Mass Relevance. “We now are home to world-class accelerators and incubators, collaborative workspaces, and a ton of great entrepreneurial events.” This has generated an influx of investment and innovation. In total, over $993 million was invested and over $437 million was spent on digital tech companies in Austin. Those funding totals increased 123 percent over 2013. Financial technology, cloud computing, e-commerce, consumer web, healthcare and advertising technology companies were the industry’s most highly and most often funded. Those industries are mostly business-to-business, which is in line with Austin’s historical record of success with enterprise software from Thomson Reuters.

The tech explosion in Austin is here, and like tech innovation and creativity, it is creating a feedback cycle on itself and accelerating. Austin is, and will for the foreseeable future continue to be, a growing hotspot smack dab in the center of the vin diagram of technology, creativity, and innovation.

To appreciate the amazing aspects of the innovative cities globally, watch the following YouTube video featuring last years Most Innovative Cities on Earth: