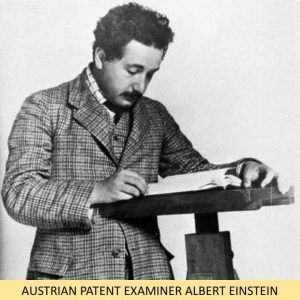 It is somewhat well known that patent examiners don’t necessarily have the best reputation when it comes to interaction. A lot of the time, examiners are looked down upon because they tend to reject claims the first time a patent application is filed, and then maybe a second, third, and fourth time. Below are some helpful tips that may be utilized in order to get an examiner “on your side.”

Look at the examination process of a patent as a way to form a relationship with an examiner. The examiner has a job to do and not only that, they are expected to complete their job for the U.S. government. So the easier you can make the process for the examiner, the better. When corresponding back and forth with an examiner, it is important not to include any snide remarks in your comments to the examiner. That can only hurt you. Using embellishments in the response will be much more beneficial. You don’t necessarily have to kiss their feet, but write responses to the examiner that make it obvious that you respect the examiner.

Interviews are a very useful tool for working positively with an examiner. Being able to interact during an interview allows a practitioner and/or inventor to get to know the examiner on a more personal level. The examiner can also put a face to the patent application and because of that, the examiner may end up being a little more forgiving in their responses.

Being responsive to correspondence in a timely manner is also a good way to let an examiner know that you have respect for them. Examiners (a lot of the times) want to get applications off of their desks. Responding to correspondence that much quicker may allow an examiner to stay ahead in his workload, which is something everyone at least tries to do.

So again, the patent process is about being able to form a good relationship with an examiner, which, in turn, may turn into an easier processing of an application.

For more information, watch the following presentation from a U.S. Patent & Trademark Office Examiner on the process: