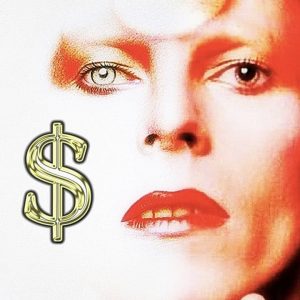 David Bowie’s endless energy for creative self-invention and musical innovation attracted worldwide fame, making him one of the most-admired performers of his generation. Less well known was his trailblazing role in the use of IP.

Bowie in 1997 sold $55 million of what his representative termed “Bowie Bonds” – 10-year securities paying 7.9 percent, backed by 25 Bowie albums recorded before 1990. He aimed to secure a “higher advance than possible from [a] new distribution deal with [his] record company” and “to buy back publishing rights in some songs owned by a former manager and invest in internet companies,” according to the original “Bowie Bond” prospectus.

Bowie Bonds were the first in a line of financial instruments underpinned by creators’ earnings, with followers including James Brown, Marvin Gaye and others. The bonds allowed artists to monetize their work immediately, handing them investment cash up front to diversify their portfolios or make other large acquisitions. Such securitization continues within the creative sector. A recent example, reported by Variety in 2014, is Miramax’s $250 million securitization of its 700-strong film library to support its television and film ventures.

Bowie’s songs bundled to back his “Bowie Bonds” included “Changes” and “Ziggy Stardust” among others. The Bowie bonds were issued by the Wall Street brokerage firm, Fahnestock & Company, which today is Oppenheimer & Co. A unit of Prudential Insurance bought the entire issue, which paid 7.9% and matured in 15 years. Following Bowie’s lead, several other leading artists including James Brown and the Isley Brothers, also issued bond backed by their future music royalties.

Today, these types of instruments are known as “celebrity bonds” and have been used widely in the entertainment and art industries. While a celebrity bond can cover any work of art whose future royalties are based in part on a widespread reputation of the creator of the work, celebrity bonds often are music-based celebrity bonds.

For a music-based celebrity bond, the issuer seeks to put together intellectual property rights of one or various artists to “songs that have stood the test of time,” typically “top-40 greatest hits across genres from jazz to rap to rhythm and blues.”

In addition to getting money upfront, artists additionally retain ownership of their work and do not have to pay tax on what the IRS considers a loan or small personal loan for people, since yet-to-be received royalties are re-characterized by the bond agreement as loan interest and principal payments.

The artists also passes on the risk to investors that the works backing up the celebrity bond will lose their appeal, where the investors are in a better position than the artist to assess such a risk.

In an article crediting Bowie with this financial innovation,  Michele Woods, Director of World Intellectual Property Organization (WIPO)’s Copyright Law Division is quoted saying “This was a creative, pioneering use of the copyright system – but it is not available to all creators, because many of them do not own all the necessary rights to their works, so securitization of future royalties is difficult, or the creators may not have access to the market for other reasons.”

The following YouTube video further presents the history and importance of the Bowie Bonds:

Performing artist Kanye West may find rescue here from major personal financial problems. The entertainment press has suggested that Kanye is heavily indebted and may seek to raise from $100 to $350 million by issuing “Kanye Bonds” backed by future royalties on a group of his hit songs. However, the music business has changed tremendously over the past decade, particularly because the risk of piracy has continued to rise and royalty streams, once fairly certain and predictable, have become less certain with rapidly changing technology. Consequently, if Kanye bonds are issued, Mr. West and his management team can expect investors to demand a considerably greater risk premium for their investments.

Bowie himself foresaw how the Internet would cause changes in the distribution of artists’ work, including illegal downloads. In the end, ratings agencies downgraded the rating of the “Bowie Bonds,” as torrent downloads became popular in the early 2000s, cutting into creators’ earnings.