3-D Printing vs. The Patent System: A Test of the Times 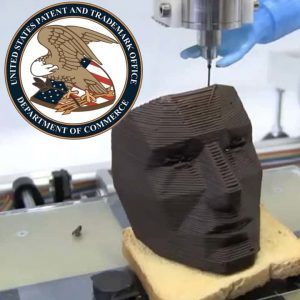 The world’s patent systems have quite a large problem brewing thanks to 3-D printing. Think along the lines of downloading digital music and copyright infringement. 3-D printing involves the downloading of files similar to how digital music is obtained. As we all remember, there was a large problem concerning the amount of “illegal” downloads by individuals all over the world when it came to digital music. This is the route that 3-D printing is expected to mirror. If it does occur, the patent system may not be ready to handle this potential catastrophe.

Patents grant an individual an exclusive right to restrict others from making, using, selling, and importing an invention that is described by the claims in a patent. This may allow an individual a period of time during which they may produce and sell a product without direct competition by competitors. Rights to make, use, sell, and import a product may also be granted from the original patent owner to a licensee.

Patents are already hard enough to enforce, but the use of 3-D printers makes enforcement that much more difficult. Potential infringers of this kind wouldn’t be individuals who own an entire company and multiple warehouses for production and distribution; infringers would be college kids with a 3-D printer in their dorm room. Not only would the infringers be harder to track down, but money to be collected because of the infringement would more than likely be minimal. It will be interesting to see the lawsuits that pop up due to this problem as well as the precedent that the courts set to potentially fix the problem.