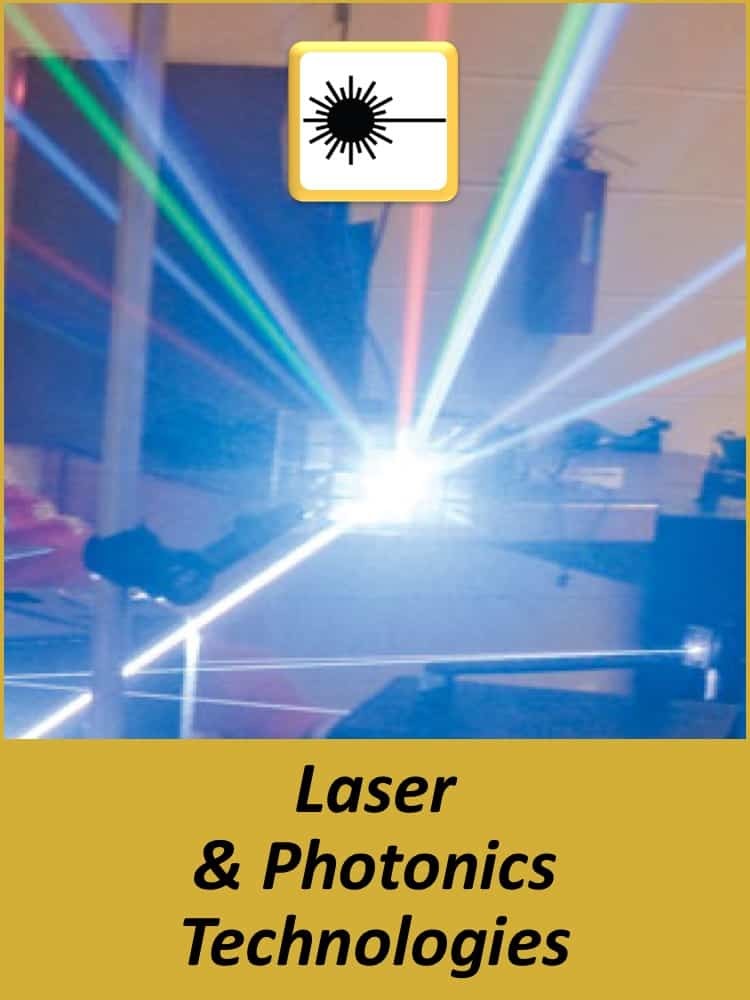 Photonics is the science of light (photon) generation, detection, and manipulation through emission, transmission, modulation, signal processing, switching, amplification, and detection/sensing. Though covering all light’s technical applications over the whole spectrum, most photonic applications are in the range of visible and near-infrared light. The term photonics developed as an outgrowth of the first practical semiconductor light emitters invented in the early 1960s and optical fibers developed in the 1970s.

Photonics is closely related to optics. Classical optics long preceded the discovery that light is quantized, when Albert Einstein famously explained the photoelectric effect in 1905. Optics tools include the refracting lens, the reflecting mirror, and various optical components and instruments developed throughout the 15th to 19th centuries. Key tenets of classical optics, such as Huygens Principle, developed in the 17th century, Maxwell’s Equations and the wave equations, developed in the 19th, do not depend on quantum properties of light.

Photonics is related to quantum optics, optomechanics, electro-optics, optoelectronics and quantum electronics. However, each area has slightly different connotations by scientific and government communities and in the marketplace. Quantum optics often connotes fundamental research, whereas photonics is used to connote applied research and development.

The term optoelectronics connotes devices or circuits that comprise both electrical and optical functions, i.e., a thin-film semiconductor device. The term electro-optics came into earlier use and specifically encompasses nonlinear electrical-optical interactions applied, e.g., as bulk crystal modulators such as the Pockels cell, but also includes advanced imaging sensors typically used for surveillance by civilian or government organizations.

Photonics also relates to the emerging science of quantum information and quantum optics, in those cases where it employs photonic methods. Other emerging fields include optomechanics, which involves the study of the interaction between light and mechanical vibrations of mesoscopic or macroscopic objects; opto-atomics, in which devices integrate both photonic and atomic devices for applications such as precision timekeeping, navigation, and metrology; polaritonics, which differs from photonics in that the fundamental information carrier is a polariton, which is a mixture of photons and phonons, and operates in the range of frequencies from 300 gigahertz to approximately 10 terahertz.